QuARMS is a unique program allowing graduating high school students to apply to Queen's Medical School after only two years of undergraduate study at Queen's without taking the MCAT. This pathway is the only one of its kind in Canada. Open exclusively to Black-identified and Indigenous students. 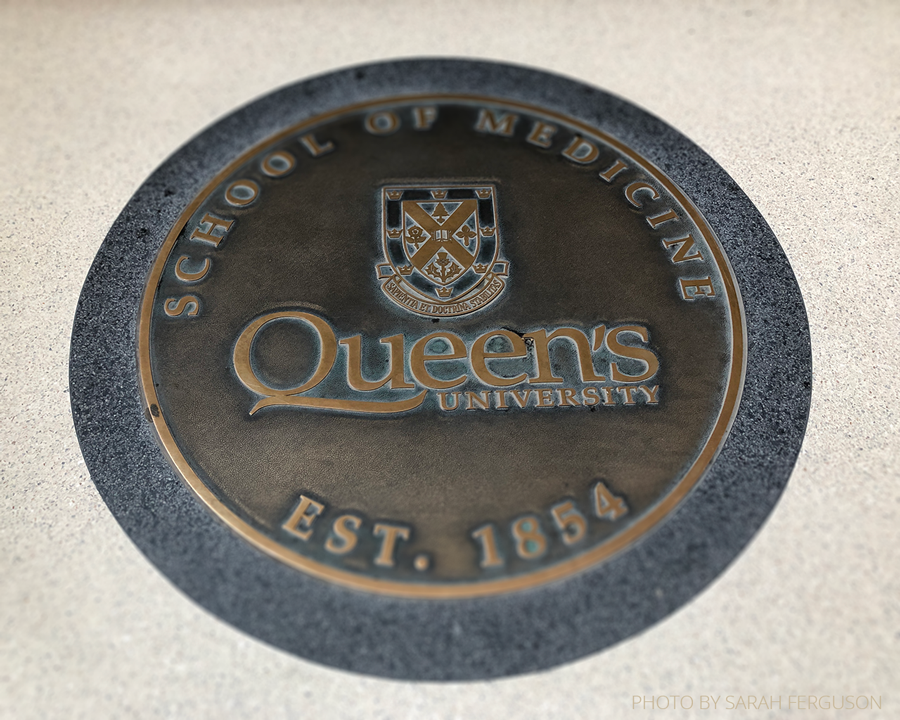 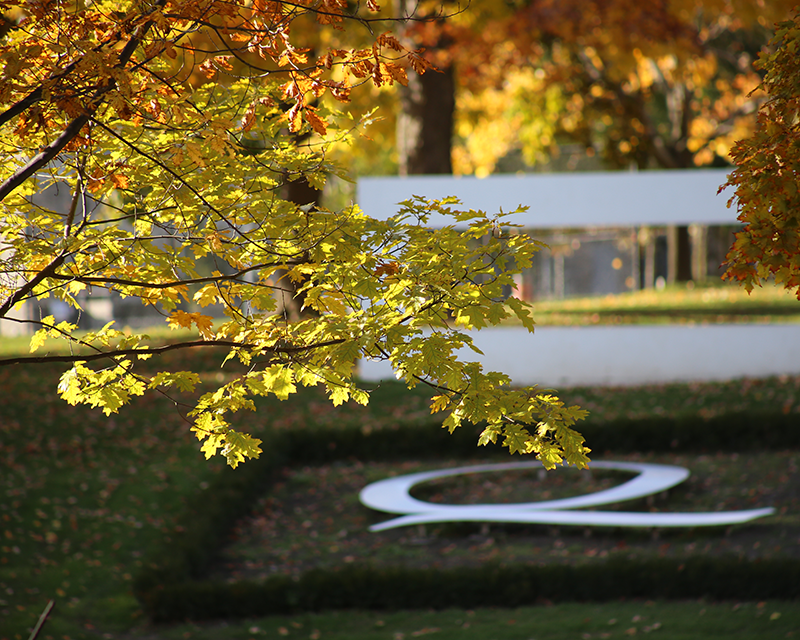 In 1918, a motion to ban students of African descent from the School of Medicine was adopted. Although Black students were admitted to the school starting in 1965, we learned in 2018 of the continued existence of the motion. The motion was revoked at the October 30 2018 Senate meeting.

Subsequent to the repeal of the 1918 motion, the School of Medicine formed the Commission on Black Medical Students (CBMS) to define additional steps in acknowledging this difficult chapter in Queen’s history. On April 16 2018, Queen’s University made a public apology for the 1918 ban at Senate. 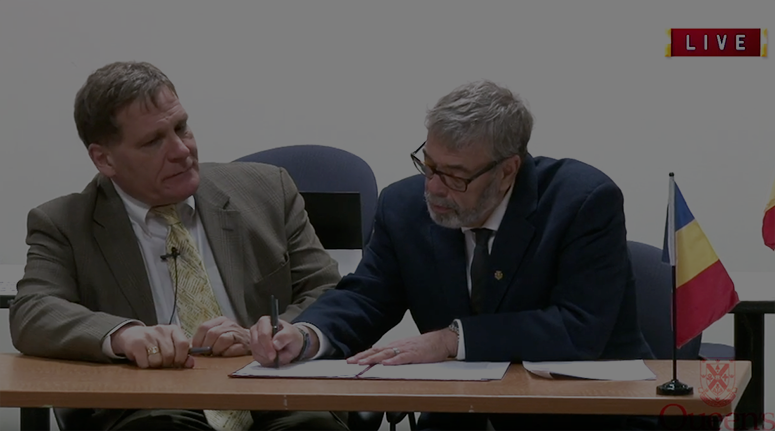 Principal Daniel Woolf and Dean Richard Reznick sign an official letter of apology regarding the 1918 motion at the April 16 Senate meeting. 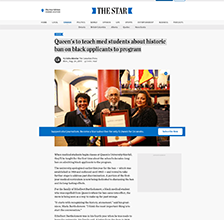 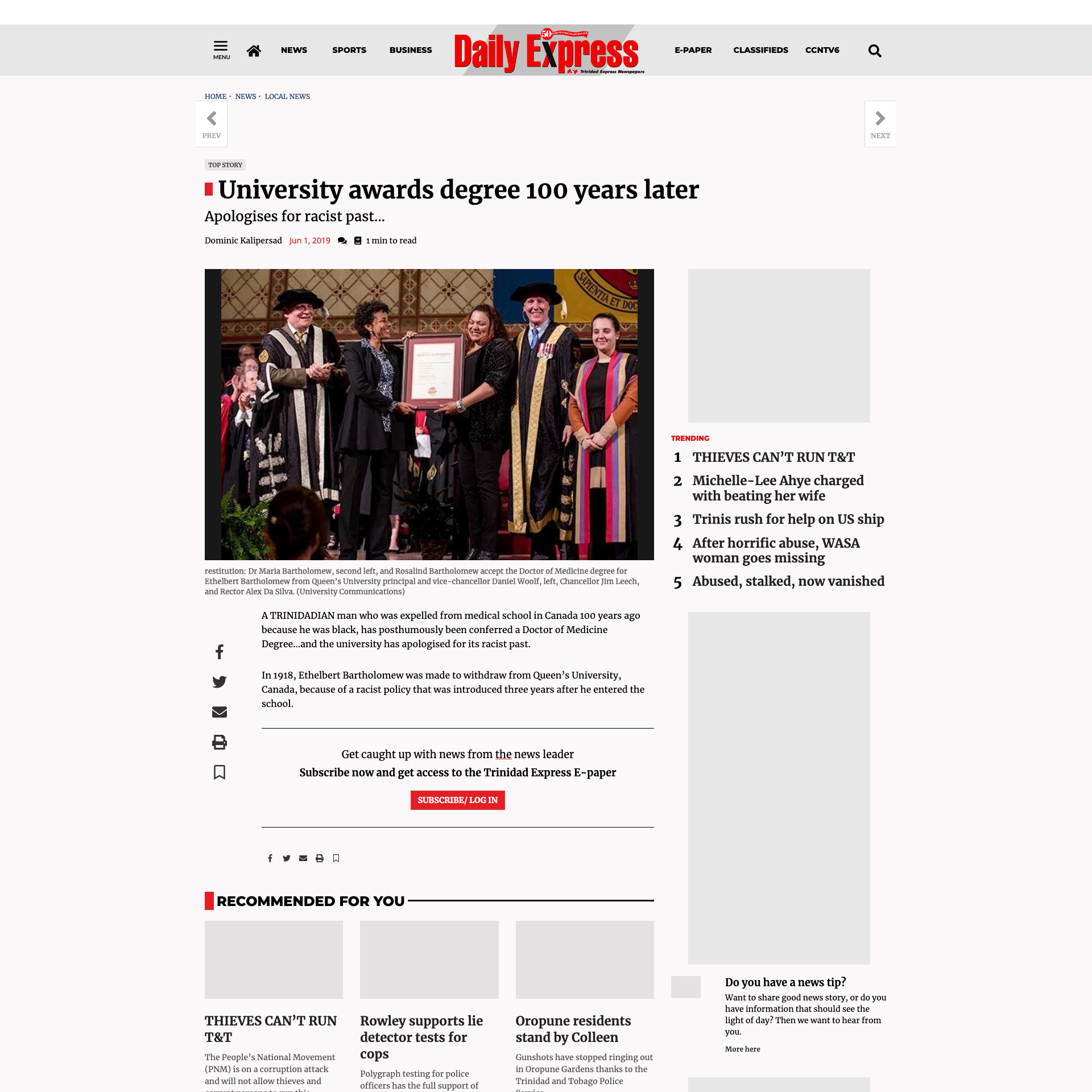 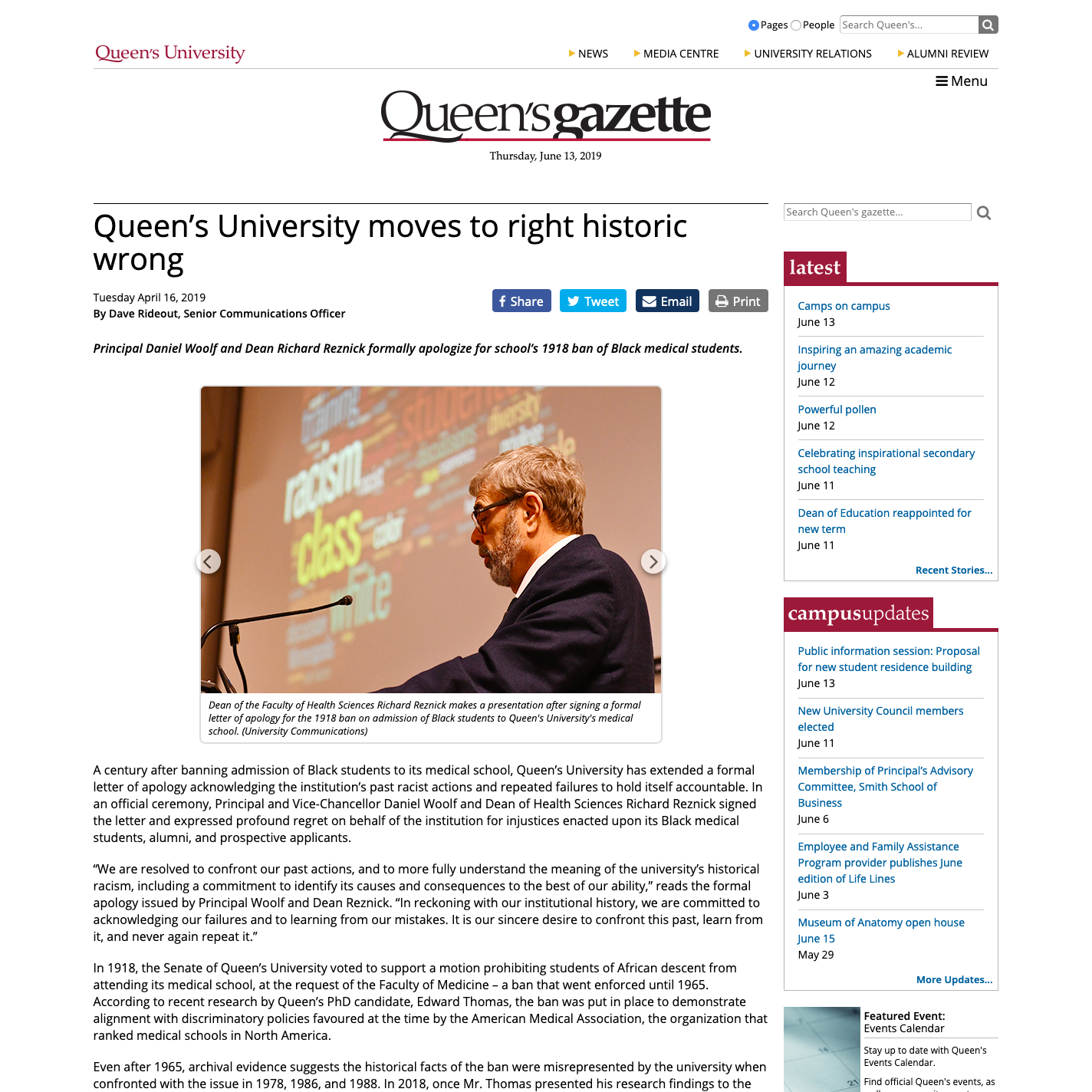 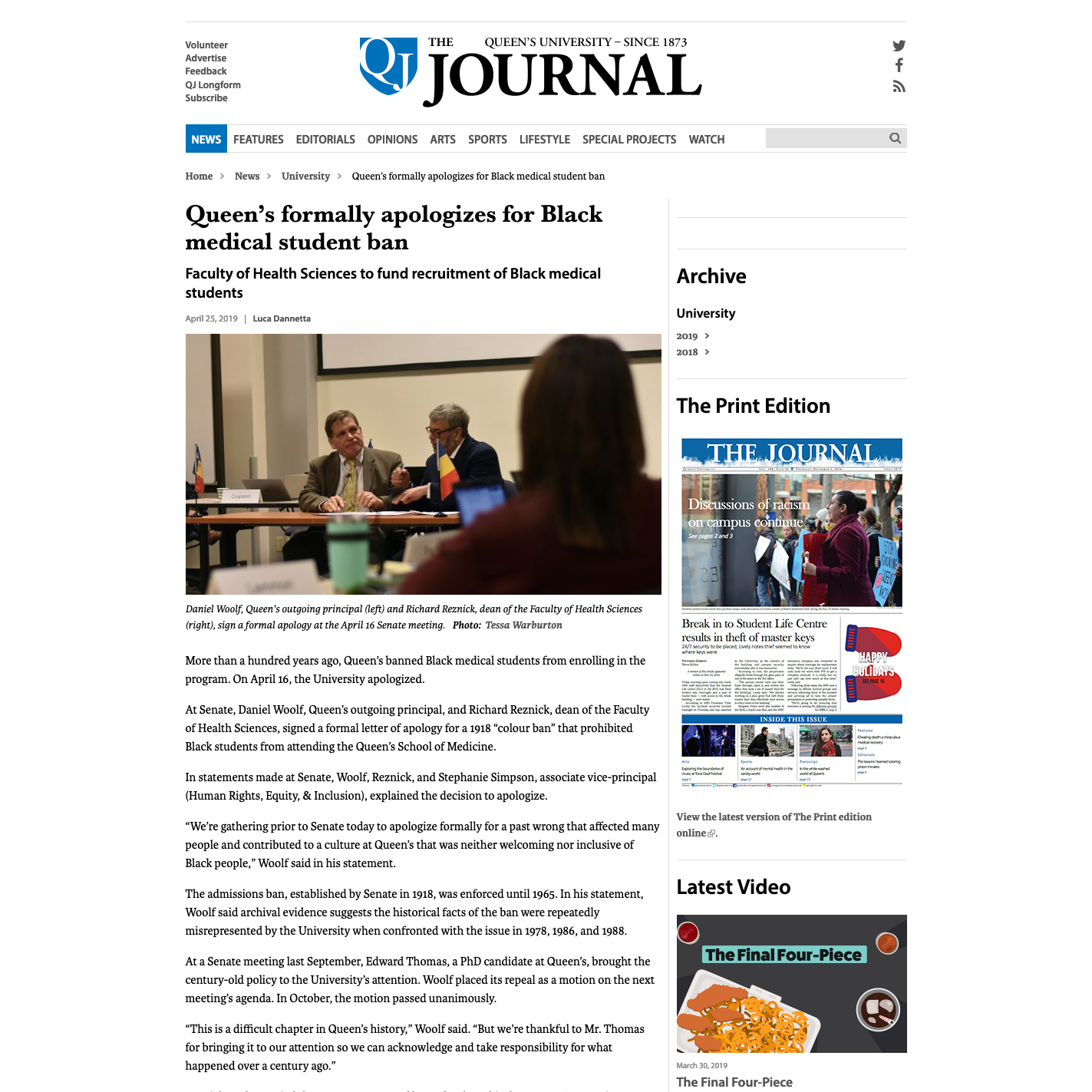 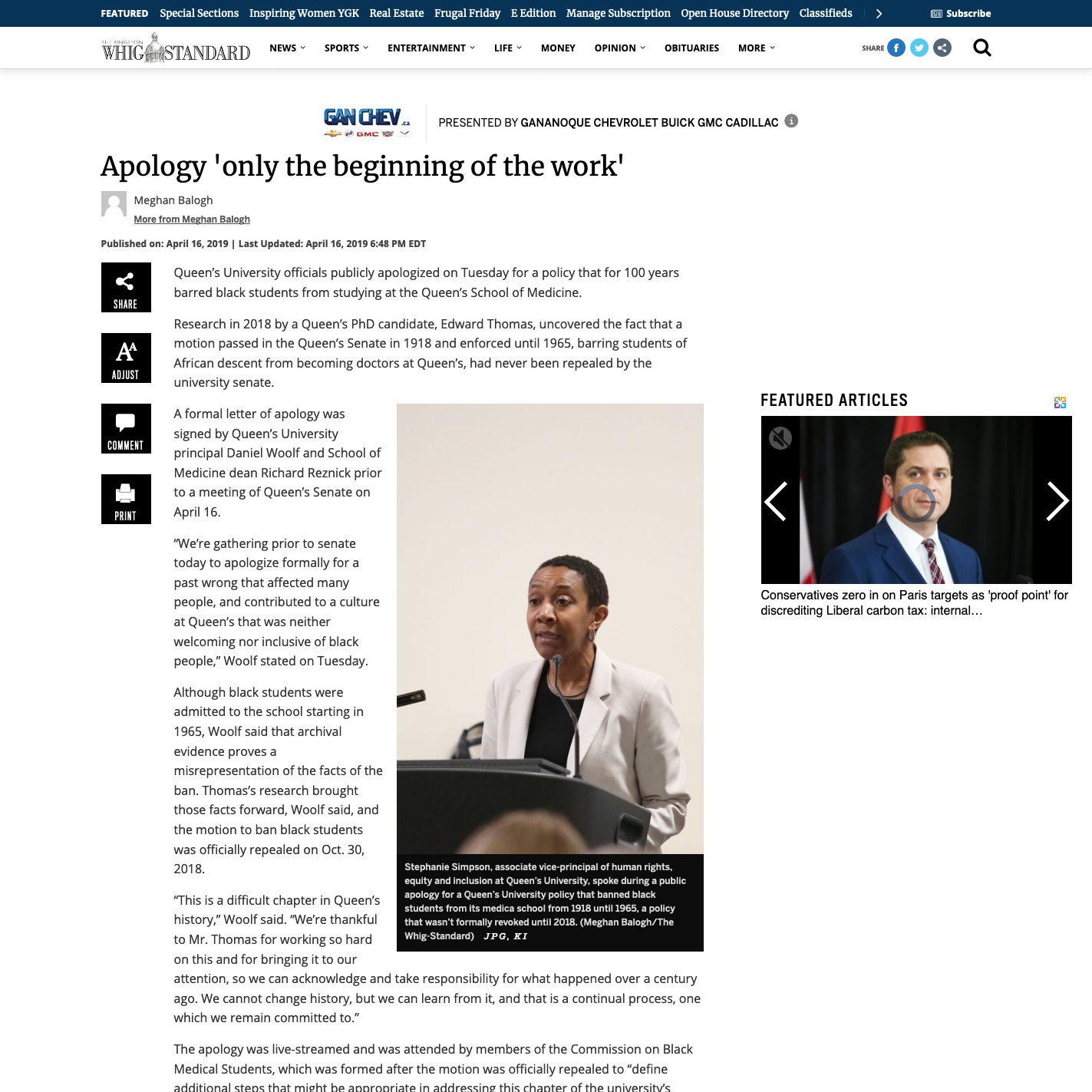 Apology 'only the beginning of the work' 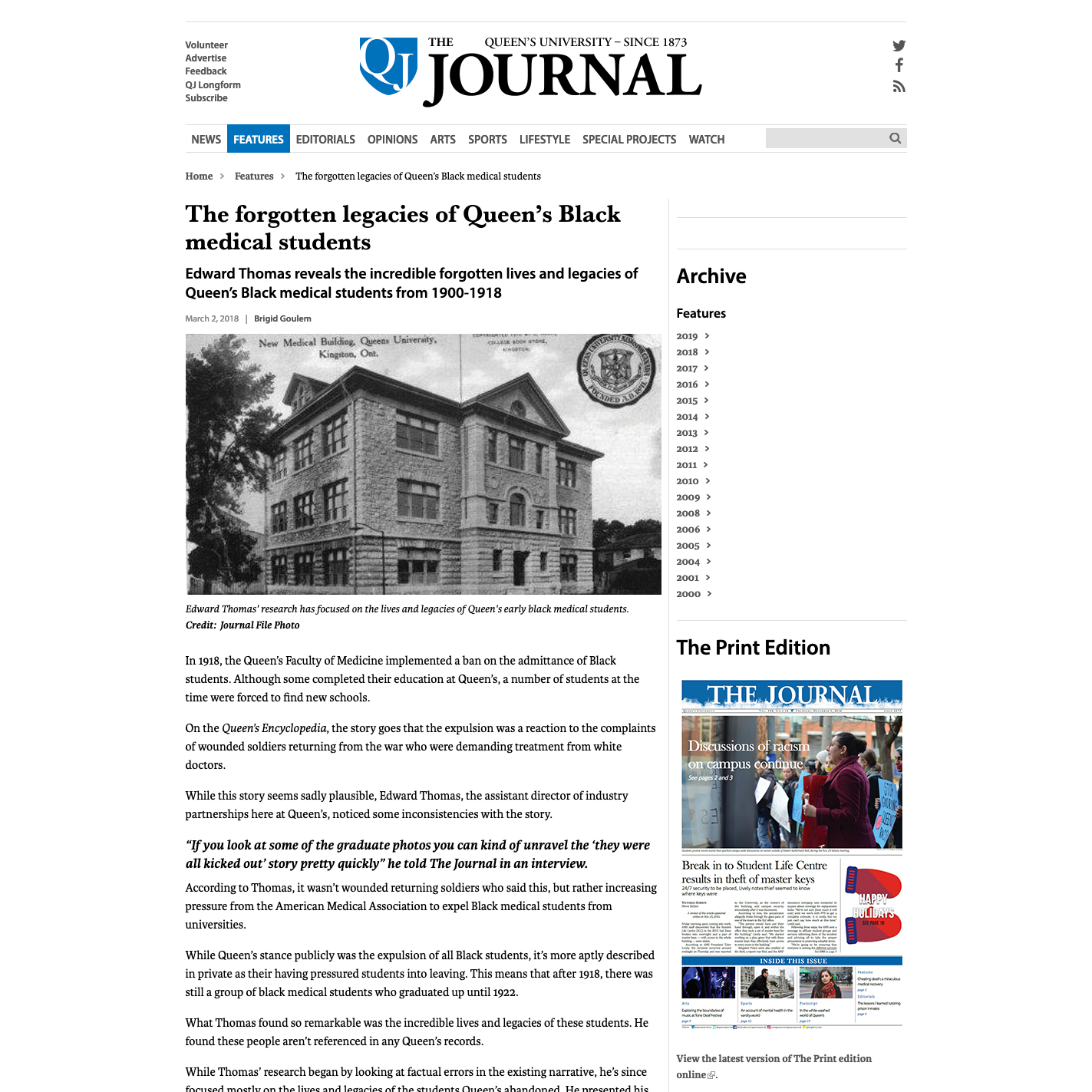 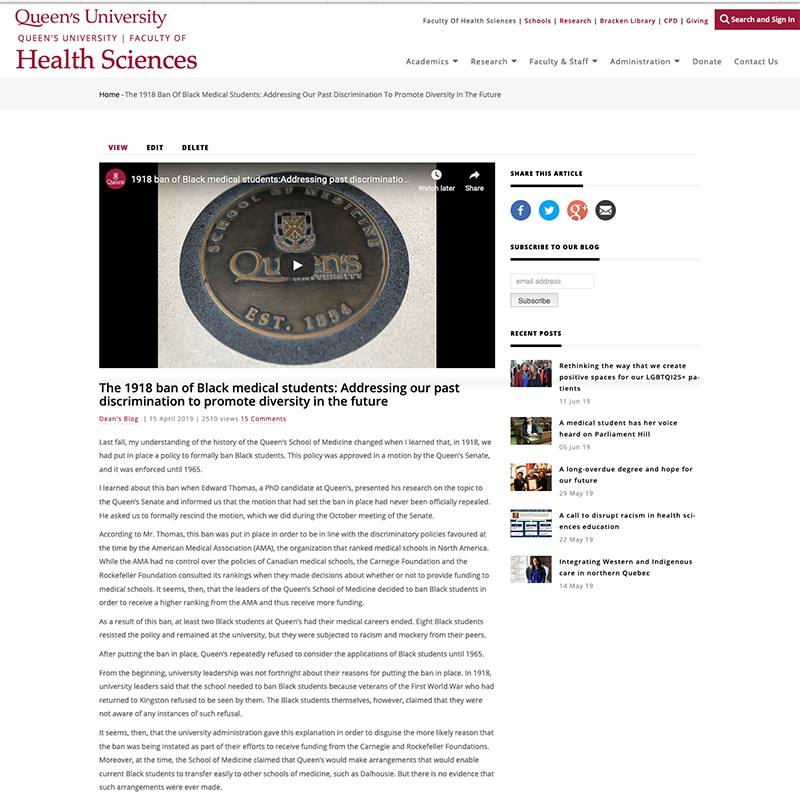 *hidden* The 1918 ban of Black medical students: Addressing our past discrimination to promote diversity in the future 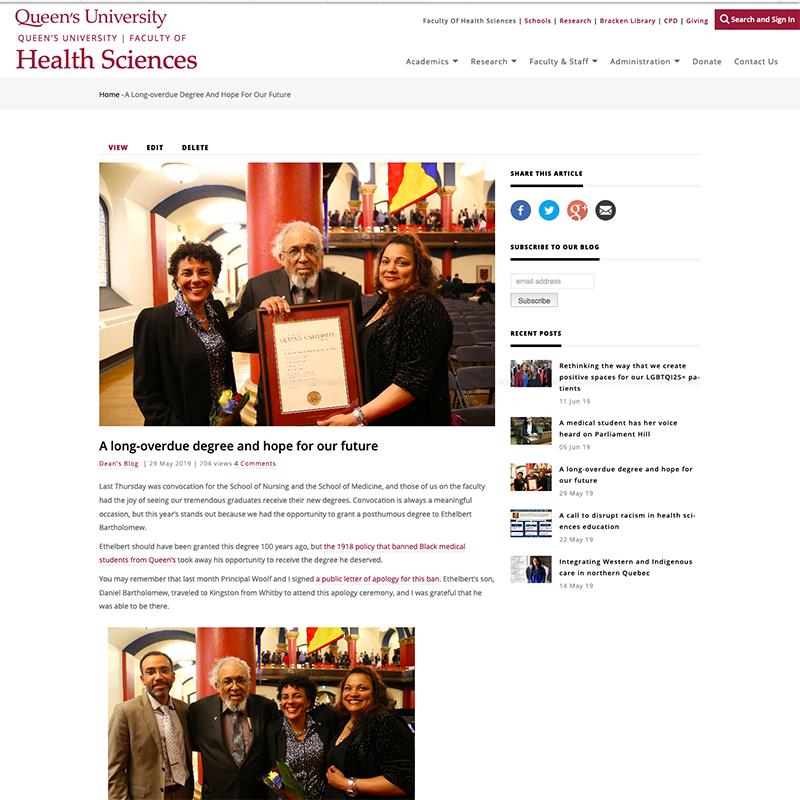 *hidden* A long-overdue degree and hope for our future

Are you experiencing an emergency or crisis?